Al Weaver
Currently starring in The Pride
Published October 2013
Al stage credits include: Inadmissible Evidence at the Donmar Warehouse, The Seagull at the Arcola Theatre, The House of Games at the Almeida Theatre, How to Curse at the Bush Theatre, Coram Boy at the National Theatre, and Hamlet at the Old Vic. Al chats to West End Frame about his his last minute casting in The Pride, working with Jamie Lloyd and why he doesn’t find eight shows a week draining…

Sally Dexter
Olivier Award-winning West End Star
Published October 2013
Sally is currently starring in Hidden in the Sand at Trafalgar Studios 2. Her theatre credits include: Viva Forever (Piccadilly), The Lion the Witch and the Wardrobe (Threesixty), Mrs Wilkinson in Billy Elliot (Victoria Palace), Mother Superior in Sister Act (Palladium) and Nancy in Oliver (Palladium) as well as many shows at the National Theatre including Dalliance for which she won an Olivier Award.

Mathew Horne
Star of Gavin & Stacey, currently in The Pride
Published October 2013
Theatre credits include: Lord Fancourt Babberley in Charley’s Aunt (Menier Chocolate Factory) and the title role in  Entertaining Mr Sloane (Trafalgar Studios). Mathew is best known for playing Gavin in Gavin and Stacey. Other TV credits include: Bad Education, The Catherine Tate Show, Death in Paradise, Horne and Corden, Roman’s Empire, Teachers, 20 Things to do Before you’re 30 and The Proposal.

Star of Once, winner of West End Frame’s Best West End Debut Award
Published September 2013
Although this is the first time Zrinka has worked in the UK, she has had a hugely successful career in theatre, film and television. She has been a member of the Croatian National Theatre since 2005 where some of her roles have included: Juliet in Romeo and Juliet, Irina in Three Sisters, Helena in A Midsummer Night’s Dream, Gwendoline in The Importance of Being Ernest, and Jenny in The Threepenny Opera. 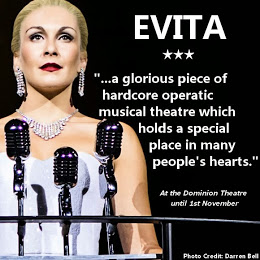